The Essay in Fiction

So I just finished reading Nicholson Baker's The Mezzanine, and it got me thinking about the use of personal examination in fiction.

I'm probably the last person in the world to read this book, but in case you haven't, here's a brief recap: a guy goes to CVS on his lunch break to buy new shoelaces. It's 130 pages without much action, paced at a crawl (the whole book covers maybe 45 minutes, most of which is spent walking to CVS or eating lunch).

Obviously, there's not a lot happening plot-wise, which places the bulk of the content in the narrator's mind. He shifts his focus from office conversation to bathroom etiquette to the delights of old technology (we get 4-5 pages on the conversion from paper to plastic straws, another chapter on the decline of the milk man): all which leads to the bigger point that all of our thoughts are caused by (or are different forms) of earlier thoughts.

The book is interesting because, despite the guise of novel, it is clearly a series of essays put into the head of a fictional character. Maybe more interesting is that the fictional essays are far more interesting than Nicholson Baker's actual essay collection, which is pretty hit and miss in terms of its content. I'm not exactly sure why, but I think it has to do with the stakes placed on the nonfiction content, meaning that I'm more interested in how a fictional character's thoughts fit into a story than I am with the straightforward approach of Baker's nonfiction.

I'll keep thinking about it and probably post a follow-up to this in the comments section in the next few days, but first, I'm curious is y'all can think of other examples of essay-like writing inserted into a novel. Does it always work, or does it have to get to Baker levels of microscopic examination to be successful?
Posted by dleg at 2:10 PM 5 comments:

Email ThisBlogThis!Share to TwitterShare to FacebookShare to Pinterest
Labels: escalators, nicholson baker, the essay in fiction

I vote to change the name of the blog to something a bit more spunky:
"Whatchu Got to Essay About it?"
This is my favorite so far...who is with me?
Posted by allie leach at 5:27 PM 3 comments:

Just noticed, though this is probably less than shocking, that the sources list in the back of David Shields' Reality Hunger, being 618 sources (in the most recent galley I have) includes only 50 (on my count--a little rough, I admit) quotes from women. It includes 21 quotes from John D'Agata. I'm not sure what to make of this. Anyone?
Posted by Ander at 11:14 AM 3 comments:

The essay focuses on (of course) Anna Kingsford, an early English feminist and one of the first women in England to earn a degree in medicine. It moves through a series of short paragraphs/lines that address AK, often asking her a question and beginning with her name. The rhythm and syntax have a heightened lyricism that makes the essay read almost like a nursery rhyme at times. Quotes by AK are also woven in, including a relatively long block of text that ends the piece.

The essay is also interesting for being part of a series of writing inspired by artist Heide Hatry. Hatry makes awesome people-heads out of the skins and body parts of animals (AK was an animal rights advocate). Her book _Heads and Tales_ includes photographs of 27 of these heads, each paired with a story/essay by a female writer. Field decided her head was a historical person, but many of the texts are fiction.

I’m interested in Field’s essay here not just because it’s beautiful, but because it also informs. I didn’t know AK going in, but that didn’t get in the way of appreciating and engaging with the text. In my mind, I often place the highly stylized/lyrical/&c essays in a different place than the informative essays. Like, give it to me straight, Doc. A lot of Field’s earlier work, for example, requires me to do some research before I can fully appreciate what she’s doing and saying. But here, the task of informing (explaining, maybe?) does not confuse the language or prevent the essay from progressing and doing the more-than-explaining that I read for.

In “Anna Kingsford, Clothed in Clouds,” it all fits together so nicely. Like there is nothing to worry about, like all the tasks the essay takes up are effortlessly the same task. It’s nice to see so many of the things an essay can do happening at once, rather than away in their separate compartments, to remember that there’s nothing wrong or un-artsy about giving your reader some information.
Posted by Unknown at 8:01 PM No comments: 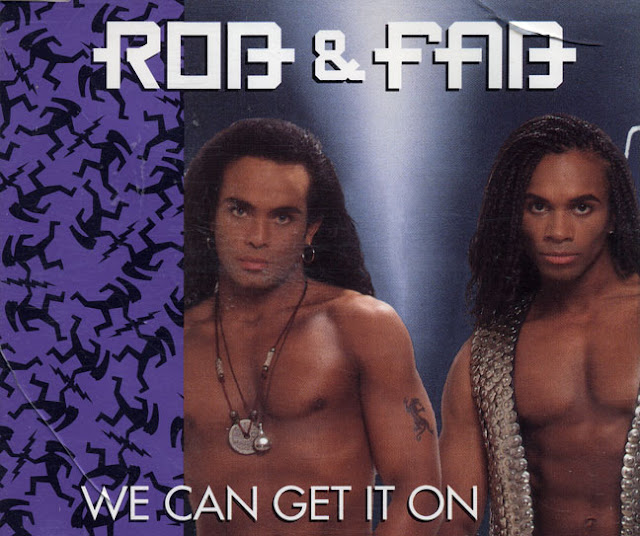 And yes, I do own the CD single for this. I have been listening to it lately for an essay I'm working on.
Posted by Ander at 11:34 AM 5 comments: