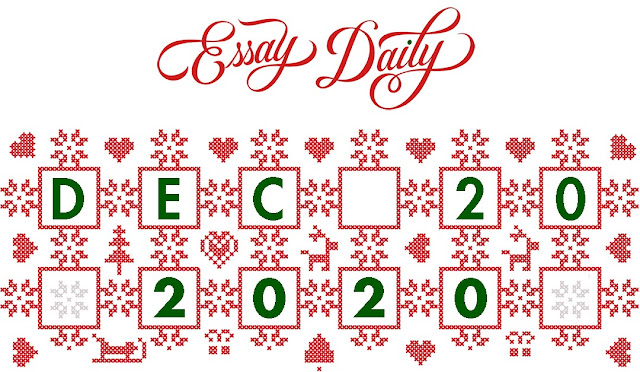 “I am simply trying to see something I am too small to see,” writes Corinna Cook early on in her essay collection, Leavetakings. She is writing of a continent she is trying to traverse by the slanted, straightened, curved grids of asphalt roads laid on top of it like a map. She is writing of, among other things, the simultaneously massive and microscopic geology of its rocks.

I read that line on the first day I began reading the book Leavetakings, a rain-soaked day that happened to be the second Saturday in November. It rained all day, the kind of cold-filtered autumn rain that slicks the pavement’s brown leaves into a darker, pulpish slurry. The kind of day when you get up out of bed and say, “This is a good day to stay inside and curl up with a good book.” As if you’re the main character in a Folgers™ commercial watching a Hallmark™ movie in which the main character looks out the window at the cold-filtered rain and curls up with a good book, to read of things we are too small to see.

But I digress. The noun leavetaking first occurs in English (often spliced with a hyphen to signify its compound) sometime in the middle of the 15th century. A century-and-a-half later, Shakespeare will put the word in the mouth of Malcolm, the heir to the throne in Macbeth. Act two, scene three: “And let us not be dainty of leave-taking…”

The noun is coined after its verbal form, to take leave. The verb goes much further back into Old English, inherited from the Germanic in documents dated as old as the 7th century. Even so, the later noun leavetaking has an obsolete Old English precursor, transliterated as yleave-nimming. This primordial noun appears in the Ayenbite of Inwit, clumsily translated from the French by the Benedictine monk Dan Michel of Northgate in 1340. Ayenbite of Inwit is essentially a compendium of moral and religious instruction, a work of “inner wit.” The text will be briefly revived in the 20th century when James Joyce will use the title as a synonym for the conscience in his novel Ulysses.

All that said, the monk uses the word yleave-nimming to refer to the receiving of the Eucharist, that the Christ leaves the body of bread for us to take in remembrance of him.

And here we come full circle. “To break bread with thine enemies. Give seed to the sower, and bread to the eater. Give us this day our daily bread,” writes Corinna Cook in another essay in Leavetakings. She is writing of another kind of communion, another undainty leave-taking, made possible by bread.

Full disclosure: one of the things I wrote above is not entirely true. I first began reading essays that became essays in Leavetakings long before the second Saturday in November, in workshops in which both Corinna and I were PhD students at the University of Missouri, Columbia.

When the cohort of us who entered the nonfiction program together—Corinna Cook, Eric Scott, and me—were done with our comprehensive exams, we started something we called Dissertation Club, Diss Club for short.

Be that as it may, reading the book she made of some of these things on a rain-soaked second Saturday in November is as good a way as any to begin reading Leavetakings. Because the way Corinna Cook writes is the way you filter the light in rain from clouds, its inner wit. The way a page of a book is like the face of the moon, luminous with borrowed light around the craters that, when you zoom out, are really words, the marks of ink that each in their own way, when you zoom back in, deepen into a little abyss. Or the way that same cloud gathering light at midnight from that same moon deepens the darkness of the sky.

Which is to say: essays are dreams. This is what I learned from Corinna Cook, who may be too small to see what her writing is trying to see, but this state of mind we call Missouri always seemed too small for her. Its boundaries were drawn from too much compromise, and the glaciers are too long gone from its dainty layers of limestone. In the few years we sat together in a classroom, she never said out loud the four syllables “essays are dreams,” at least not that I recall, but that was what it was like to read her work.

Likewise, the state of mind that produces an essay—that writes one, that reads one—is a dream state.

“I dreamed recently of a man made of ice,” she writes now, in an essay I had not read before this second Saturday in November, in something she made into a dream made of dreams.

An essay is a dream made of dreams. Now that I begin to think about it, I think I feel the same way about most of John Ashbery’s poems. Or Annie Dillard’s Holy the Firm. We know so little about the science of dreams, and what we do know seems so meager. Sure, the way the neurons fire inside the tissues of the brain or the rapid eye movements are interesting, but I’m more interested in the strange alchemy that stirs memory, knowledge, the residues of what we perceive with our senses, and whatever it is we mean by what we call the imagination into this living, breathing surrealism of sleep. Sigmund Freud wrote a whole book about interpreting them, but when you read it now, you can tell most of it is trash.

The science is meager. But we have been making art of dreams ever since we started finger-painting animals on cave walls or sharpening reeds to dip in ink to script an alphabet.

Maybe another way of saying it is that what we make takes leave of our dreams, like bread.

When I was young, I talked in my sleep in correspondence to my dreams Often in gibberish. Sometimes so loud it would wake my parents. Now, our firstborn son talks in his sleep, and because I sleep light, I almost always wake to it. And if he goes to bed too late, he will sometimes walk in his sleep, down the stairs to the kitchen or the living room. His eyes open, but sleeping. We’ve learned not to say anything, to quietly guide him back to his bed. When he wakes, he never remembers himself walking. It is a mystery.

Corinna Cook is from Alaska and writes of Alaska. But the way she writes of it makes it both a state and a dream state, both the glacier and the pebble its scrapes against. This is how words take leave of mysteries.

Of the dream of a man made of ice, Corinna Cook writes: “His presence was somehow free of context, our backstory gone in one clean rinse. I felt only the frictionless synchronicity with which we orbited a shared center of gravity, tracing and retracing one another’s arcs in perfect revolutions. Physics, math, balance. Call it love.”

See what I mean?

Travis Scholl’s current work-in-progress, “Of the Burning,” was recently named a finalist for the Gournay Prize in the 21st Century Essays series. The author of a spiritual memoir, Walking the Labyrinth, he works at Concordia Seminary, St. Louis, where he teaches (among other things) writing and edits the Concordia Journal.

Posted by Will Slattery at 6:30 AM