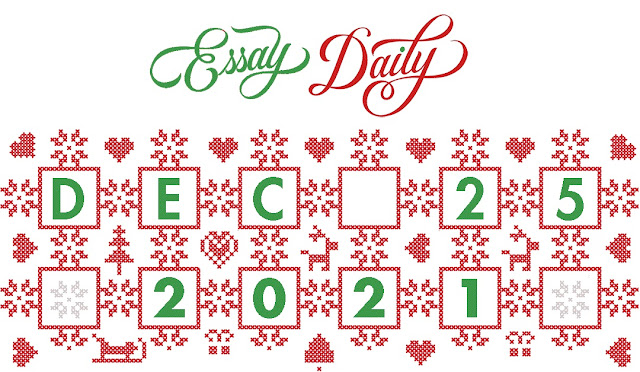 After Virginia Woolf’s The Death of the Moth
Carpet moths are properly called carpet moths. They eat carpets, and they are moths. They also eat sweaters and blankets and that old black wool dress coat you wore to the funeral of every person you ever loved who died during the cold, particularly your father and your best friend. Your mother turns eighty next year, and if she were to die during the winter—though she really is more of a summer person—you would wear it to her funeral, too. Or maybe to graveside services for your younger brother who refuses to get a covid vaccine. Your mother, vaccinated and boosted, will not likely die this winter, though one cannot be sure. After all, the mid-December day is still pleasant enough. Although the grass stopped growing for the season, somebody is mowing his lawn, perhaps for Christmas guests, and yesterday morning the car window looked like a pair of small, dark-eyed juncos had left behind their dance moves in the fine frost. But this coat is another story. The carpet moths have eaten an entire patch along the top three buttons and the edges of the sleeves, and while the bare spots are now disguised in black Sharpie ink, the coat still looks eaten. How embarrassing to show up to a funeral alive yet so thoroughly devoured. One must aim for less surrender and more wayside triumph in the face of antagonism.

The same energy that drove you to identify yourself with a tattoo during a South African teaching trip in 2019 may have inspired a Swedish entomologist named Arvid David Hummel. In 1823, Hummel published a book titled, Essais Entomologiques, in which he classified the carpet moth for the first time as Tineola bisselliella, or webbing clothes moth. Just above your bottom left ankle bone is also the word essai, shaped in your own script. Little is known about Hummel, such as whether or not his spouse, if he even married, also expressed extreme displeasure that Arvid David Hummel took it upon himself to mark his world as he saw it without saying something first. Not just that but your dead father’s name was David. Your oldest son’s middle name is David. Your oldest nephew’s middle name is David. And one of your middle sons took David as his confirmation name just last month. In the sixth century, Bishop David of Wales, now St. David, prayed that God would send a sign to his people to let them know when a parishioner was about to die. The mysterious lights that God offered in answer—canwyll corph or corpse candles—appeared at homes where death was imminent. St. David hoped these ghosts of light would bring people peace in knowing what lay ahead. Nevertheless the lights did not indicate whether extraordinary efforts were made against the oncoming doom or if people just turned over and faced the wall.

The carpet moth is small, so simple a form, not much more than a centimeter long. The larvae are the color of pale wood and tipped with the eye-less, reddish-brown head of a match before it bursts into flame. They wrap themselves in animal fibers as they eat, rolling themselves up in a tube made of silk, feces, and your possessions. No matter that everyone in your immediate family is a vegetarian, you are still an animal; the hair and skin that turn to dust in your house are part of the feast. If you range from marginally successful to dismal at balancing your full-time job, four children, spouse, and happy homemaker house, you may be hosting a smorgasbord of dust. The tiny, camouflaged caterpillars are easily mistaken for pilling or cracker crumbs or other beige life detritus that is not vacuumed in a timely fashion. The meal can last for years. As the adults emerge from their cocoons, it must be advised not to assist them with a pencil unless you fully plan to stab them dead. Golden brown, their bodies fringed with long hairs like Davy Crocket pioneers in leather jackets, the men take flight. The women walk or run. That moth vigorously dive bombing your head at night: man. The specimen creeping along the bathroom counter: woman. The older they get, the slower they get. And they do not last long, maybe a month. Several days into adulthood, they mate, the female laying its eggs back into your carpets where, in a couple of weeks, a new generation of moths will enter the successful, long-running family business.

After a time, you realize that you have been living with these carpet moths for years. When the first bald patches began appearing on the rugs in the boys’ room more than a decade ago, you thought you had just bought cheap rugs. Because you could not bear the thought of their tiny knees knocking around on the cold, hard floors, you outfitted several rooms with something soft to absorb their play. It should be noted that the boys’ father is not bothered by hard floors and would not have bought rugs. The boys paid no mind to the disappearing threads, so you eventually turned back to the countless tasks at hand. The peculiar white sand that began to appear under the rugs—frass you know now, moth excrement—was simply the remnants of the happy childhood you had willingly sacrificed yourself to give them: the sand box under the jungle gym in the backyard, the giant holes in the garden where they played war, or Jesus. But then the rug in the sunroom began to disintegrate as well. On the edge near the radiator, tufts of wool disappeared from the latticed scalp underneath, as if the rug had been stricken with alopecia. You placed some of the boys’ toys over the spot when company came over, and, when it got really bad, you flipped the rug around, hiding the emptiness under the couch. You even accused the broken dog. By the time you noticed the moths flying over your sons’ heads at night or startled them into flight when you turned on the light in the kitchen, you were dealing with a full-blown infestation. Ideas can be an infestation. And feelings. And insects that, in large numbers, cause damage or disease. The carpet moth is all about the damage. There is no lovely metaphor in the destruction.

Legs agitated once more, you kick the sheets into a roll at the end of the bed. You try to read, but one of the men keeps flying toward you. Your swat and bat and even try to close him between the covers of your book, but he is too quick. Either he is not one of the old ones, or you yourself are. The internet reveals stark choices: One, bring a poison into the house and risk harming the bodies you do not wish to harm. Two, throw out all of the rugs, the cheap ones you bought, the ones you accepted from the bankrupt neighbors when they fled their house, the ones you took from your dead friend’s house, and then just live as your spouse prefers. Three, seal six peoples’ worth of clothes in plastic bags and live for months in other casings. The thought of it all makes you so tired. Everything about this world, this life, makes you tired right now. Would it be so bad just to leave things as they are? To let the moths have what they want? To flick them away when they get too close? To pretend they are not there? Sometimes, in the middle of the night, you lie so still and quiet beneath the water of sleep that even the moths cannot touch you. Is that why she did it? O yes, she seemed to say, death is stronger than I am. No. To be little or nothing but life, that takes strength. That is the act of superb protest. You know that you must get up one day and deal with these moths, if not for your sake, then for the sake of the children. You know, in your heart, after a long pause of exhaustion, that is exactly what you will do.
*
Jenny Spinner is a professor of English at Saint Joseph’s University in Philadelphia where she teaches creative nonfiction and journalism. She received her MA and PhD in English from the University of Connecticut and her MFA in Nonfiction Writing from Penn State University. She is the author of Of Women and the Essay: An Anthology from 1600 to 2000 (U of Georgia P, 2018).
Posted by Will Slattery at 4:30 AM