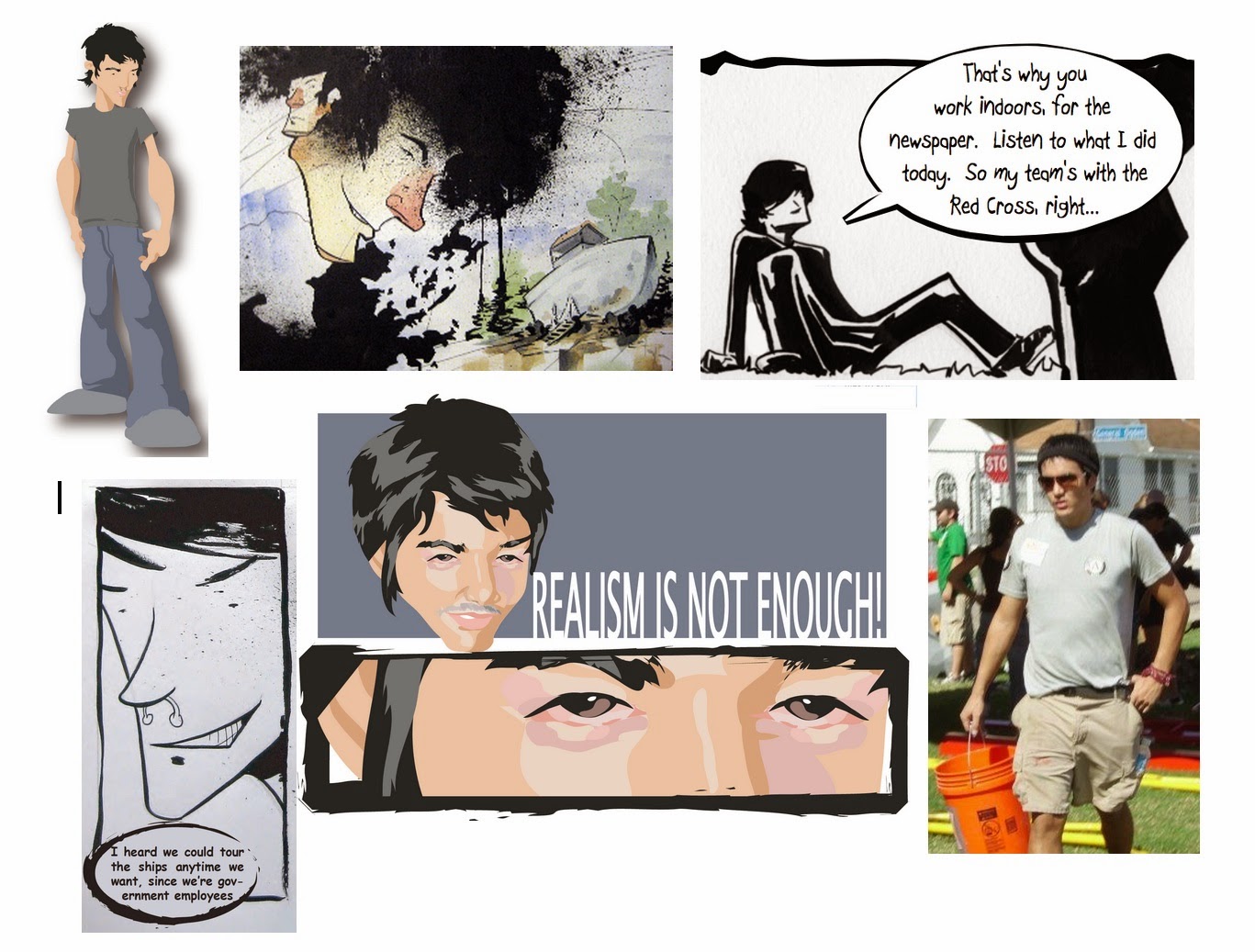 Have we arrived at something like meaning? Ryan and I do not know. We might never know.
While the most lauded graphic novels (Maus, Persepolis, Blankets) are the products of individual writer/artists (Spiegelman, Satrapi, Thompson), for us, it has taken a five-year partnership to complete The Parish: An AmeriCorps Story.

In some ways, our interdependence might make us seem weak, like two lurching, parasitic beasties—say, Text and Image, or Intent and Execution—that can’t help but undermine each other, forever unable to work in symbiosis.

Since we began working together in 2009, so much has changed: Ryan got married to Kristin, my lady Alison and I bought a house, and The Parish keeps demanding more of us, and we find we have more to give.

This essay serves as an artistic excavation, where nothing can be found in situ, in its proper place or time. The artistic process defies such easy categorization.

I didn’t have any idea what I was doing when we started. I knew I could draw, but I didn’t have the slightest idea about the grammar behind telling visual stories. Strangely, Joel had more to do with me learning how than any art instructor I’d ever had; equally, I’d like to think my artwork has taught Joel how to tell a story because there was never enough room for his words. In a graphic novel, the text must learn to share.

Initially, we didn’t have a sense how readers might perceive the panels and action. It took nearly six months, but we eventually decided on the notion of a “grammar,” a panel system allowing us to frame and dictate action. Or, in the words of Will Eisner—the godfather of literary graphic novels— this was our “medium of control” that helped to organize the chaos of thumbnailing, drawing, inking, and letting.

At these various stages, our interdependence became a strength. There were many weeks when I didn’t feel like drawing. Some semesters I just wanted to take a holiday. But having Joel depend on me was a source of motivation, another fighter in the Great Cause. And it continues to be a necessary motivation: I didn’t realize the hard work would begin after the inking was finished, when we had to revise and revise again to make sure we were telling the best story we could, in the best way we knew how.

Ultimately, there are many stories behind every story. I don’t think the last five years and the resultant graphic novel amount to anything resembling an essence, a distinct core. We have, instead, a series of accomplishments and failures. Instead of making a house, the artistic process has been more like making a home: a place where characters can move, change, and learn along with the writer and artist who first brought them to life and, someday, inevitably, to death.

///
J: As far as answers to the quiz up above, all those images are based on Greg W———, whose fictional analog in The Parish is Davy Longhair. The real Greg—impish trickster that he was—became one of our main characters, and later killed himself in 2010. He was 23. I promise you, we’re not trying to parlay his death into creative juice or even work through some quasi-survivor’s guilt years after the fact. For six weeks at a gutted-out elementary school in St. Bernard Parish, Louisiana, Greg and I were bunkmates. When you work on a project this long, and it’s based on your life, things get jagged, harder to corral.

From Ryan’s and my failed Tulane grant proposal, also dating back to 2010:

The Parish lies at the confluence of...ethnography, memoir, and illustration... [Many have focused] on the city of New Orleans in the immediate aftermath [of Katrina. Our] object of inquiry is different. The Parish is a graphic memoir based on [my] experiences in 2007… Unlike most graphic reportage [e.g. Joe Sacco’s work on Palestine and Ted Rall’s on Afghanistan], The Parish uses sparse blotches of watercolor to suggest haphazard and incomplete attention, a recovery left undone. Although The Parish is a work of non-fiction...

No, none of this is true any longer. With apologies to everyone’s ghostly past selves—yours and mine—which are constantly being redacted and reconstituted, The Parish is fiction and black-and-white, at least for now. Someday, there may exist a special, limited-run water(color)-logged edition, but this space is not for self-promotion.

Somewhere in between the locus linking author to illustrator, me to Ryan, The Parish evolved, is still evolving. For us, solo projects are static, bland like mononuclear cell division; collaborative ones like ours are meiotic, chromosomal crossovers, where the offspring is unexpected, unpredictable, and, therefore, miraculous.

For more on The Parish, check out parishcomic.com