Before the moody strings slide under his voice like a silk pillow under a heavy head, the song begins with just Sinatra unaccompanied: “Have yourself a merry little Christmas.” A down-hearted wish, a six-word prayer, a sparrow with its wings folded in on itself in the snow. In June, my father died in hospital emergency room 2,000 miles away from me. My mother died in hospice four years ago. During this first Christmas without either of them, the song is the only one I want to hear.

When I was a kid my parents tuned into an all Sinatra radio show on Sunday nights, watched his movies, played his albums. But I had no love for the fat old guy singing “My Way” as if it was a revelation. Why should I care if Sinatra got it the way he wanted. Guys like Sinatra, like my Dad (both working-class Italian-American kids from New Jersey), were always getting their way no matter what it meant to the people around them.

My mom never liked Christmas. Every year when she was a kid, Santa would bring her and her two sisters the same doll and same doll carriage, which were rolled back into the same closet after a few days to be rolled out again the following year. Her father was a controlling alcoholic, another man doing things the way he wanted. My mom would say he was so cheap, he would not give my grandmother the bus fare to visit us when we moved to the suburbs 20 minutes away from the one-bedroom apartment where my mom and her three siblings grew up.

“Have yourself a merry little Christmas,” my daughter sings along with Sinatra. “May your heart be light. From now on our troubles will be outta’ sight.” What sadness will she carry for me? What closeted gifts will she take out and wheel around? At eight years old, she has lost all her grandparents and the security of immortality. “I did the math,” she tells me one night from her bed. “If you die when you are 80 (the age her grandfather was when he died), I will only be 38 and that’s too young.” And she’s right, although what she may not realize is that she will be too young no matter what age I die.

Maybe because my father understood my mother’s sadness or maybe because he did not want me or my brothers to inherit it, my father was always at his best during Christmas: Putting the plastic candles in our windows. Decorating the tree. Did my mother work more than him during the holidays? Probably. Many years, I’d go to our unfinished basement to help him wrap her presents. “She’s going to take those back,” I would tell him handing him tape or scissors. It was mostly true. It was hard for my mother to be satisfied. But he didn’t care. And when he got her a present she liked: a bracelet or earrings he’d bury at the bottom of her stocking, they might both be in tears: a little softness in what was often a tinderbox of a relationship, a little Christmas despite the other 364 days of the year.

“Have yourself a merry little Christmas,” Sinatra sings. “Make the yule tide gay. From now on our troubles will be miles away.” But you know he doesn’t believe it. The song was written for a 1944 Judy Garland movie in which a family readies for an unwanted move. Garland’s character sings the song to cheer up her despondent five‐year‐old sister on Christmas Eve. The original lyrics were such a downer the movie producer begged song writer Hugh Martin to change them. When Sinatra recorded his version in 1957, he asked for additional revisions. And while the song has come to be a sort of a “buck up and enjoy it” carol, its melancholy has always been its key ingredient. In the movie, the five‐year‐old sister in the movie responds to Garland’s version of the song by beating up a snowman version of her family.


Should I tell you about my father’s worst? His judgment and anger. How his fears of precarity and dependence on cable news fueled a racism and sexism that shrunk him as he aged especially after my mother died. It made him smaller and weaker than any disease he ever faced, made me sometimes despise him, as I did my mother’s father, as I did Sinatra. For guys like my Dad, Sinatra was a mirror, a sign that they had made it in America. Sinatra turned assimilation into a gesture as easy as tossing a suit jacket over one’s shoulder, never mind the ugly rooms of ignorance and fear they were walking into.

I feel bad sharing my Dad’s worst, so here’s his best: he gave his money and volunteered his time to St. Benedicts Preparatory School, his alma mater, in inner‐city Newark, NJ. He volunteered at his church. He sacrificed and supported our family. He loved me (as he loved all his children and his grandchildren) fiercely, even though he sometimes hurt me. And I loved him back. He was my first model for joy and not just at Christmas. He shared his joy. And he made me feel sometimes like I deserved to get my way, too. Did he always get things his way? Of course not. Not when my mother died. “Through the years we all will be together, if the fates allow,” Sinatra sings in his Christmas carol. But life tells us otherwise.

In December, when night whittles day to a sliver of bone, across cultures we celebrate festivals of light. It’s no wonder the musical climax of “Have Yourself a Merry Little Christmas” comes when Sinatra sings: “Hang a shining star upon the highest bow.” In the darkness we see the heavens so much clearer: Orion and Taurus, Perseus and Canis.

A shining star on the top of a Christmas tree is a signal of hope meant to be seen. To be seen is what’s in play in love and parenting. My parents’ love was often not the love I needed. But while they were alive, so was the promise that it could be.

Sometimes I hate the way men occupy space: their wide stances, their proprietary looks, their voices booming across rooms and through my head. But then I think of Orion sprawled across the heavens every winter and fall. If I were on another planet, Orion would be gone. All the geometry that makes him, wrecked from another angle. And I am comforted to find him in a sky cold and vast with possibility.

This year I want to find a version of “Have Yourself a Merry Little Christmas” with just Sinatra’s voice. Although I am not sure what I want to hear: another version of him, of my family?

I don’t believe in heaven. But I have read we all come from the elements and compounds forged in stars, perhaps carried to our planet on comets or meteors. My father has returned to something in the night sky just as he came from it. And sometimes when I look up on winter evenings, I imagine,  wherever he is, he can see me now as I am trying to see him from another perspective. 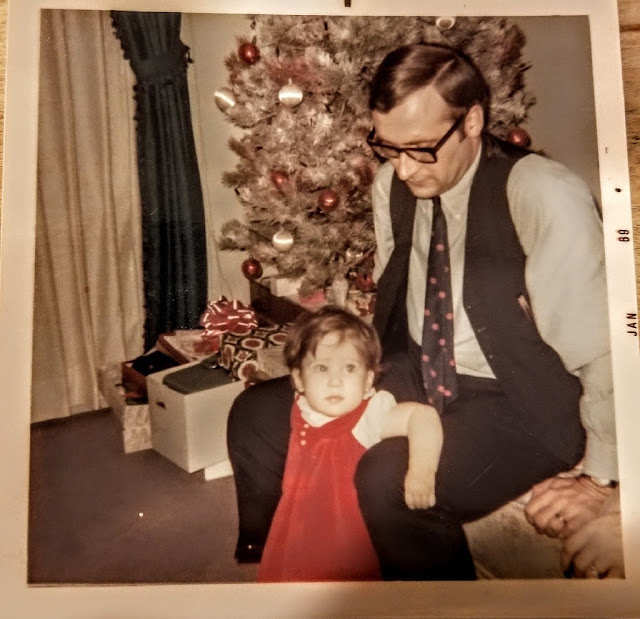 Susan Briante is the author of three books of poetry: Pioneers in the Study of Motion, Utopia Minus, and The Market Wonders. She is an associate professor of English, Creative Writing, at the University of Arizona, where she serves as co-coordinator for the Southwest Field Studies in Writing Program. Briante also produces and hosts the radio program Speedway and Swan, an hour of free-form poetry and music on KXCI 91.3 Tucson. Her book Defacing the Monument, a lyric investigation of documentary poetics, is forthcoming from Noemi Press in 2019.