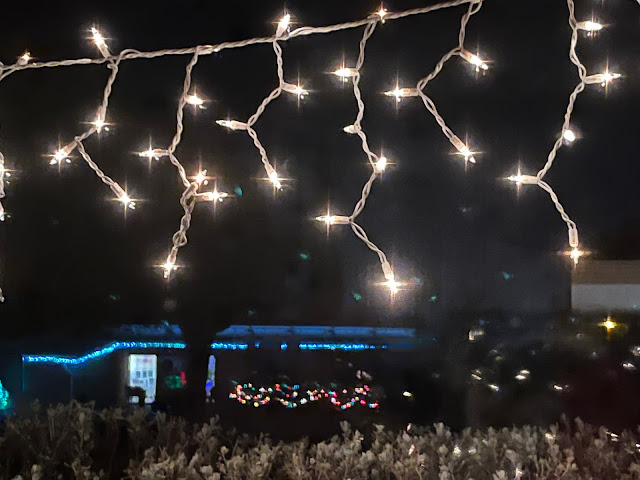 As I write this, the Christmas lights hung from our eaves strum a flickering tune against a sky the gray of water at the bottom of an old pan. The sun rose into clouds today and blued the Tucson afternoon for a little while, but now the color drains. If you asked me what I did during this sliver of a day, the list feels paltry: I ran on a trail beside the dried riverbed, came home, made a holiday card with my daughter, cooked some chicken with garlic and cannellini beans, threw a load of laundry in the wash, read, made some notes toward this essay. What more could there be to say?

As you read this, we (at least in the Northern Hemisphere) share our first midwinter day without the poet Bernadette Mayer. On December 22, 1978, Mayer made this day hers by writing a 119-page dream-to-morning-to-afternoon-to-evening account of her life as a writer, thinker, mother to two small children, and partner to poet Lewis Warsh. But “account” doesn’t capture the scope of her project. Mayer’s book-length poem Midwinter Day presents a brilliant mind narrating thoughts, memories and observations as she dreams, wakes, feeds children, goes with them (and Warsh) into the cold of Lennox, MA, to return library books and pick up groceries, goes home, reads to children, cooks, and writes. Her words careen and croon in a masterful musicality. Poet Alice Notley has called the work “an epic poem about an ordinary day.”

I was first introduced to Mayer watching her read her poem “Eve of Easter” on the Poetry Project’s Public Access Poetry Channel on You Tube. “Milton,” Mayer begins by addressing the author of Paradise Lost. “I have three babies tonight.” And from there she turns an evening of childcare into a rumination on literary legacy and mothering. (“I stole images from Milton to cure opacous gloom/To render the room an orb beneath this raucous/Moon of March, eclipsed only in daylight/Heavy breathing baby bodies…”) It is extraordinary and tender, and if you haven’t already read or seen it you might want to do so right now for a taste of Mayer’s heart and humor, ear and intellect. Recorded months before Mayer would write Midwinter Day, the black and white video spans 3:07 minutes but seems much longer.

Midwinter Day builds off that same impulse to do more than make do with whatever life gives us, to take a situation like baby sitting and make art from it. Just as Melville, Hawthorne and Milton become Mayer’s companions in childcare in “Eve of Easter,” Catullus, Freud, Hawthorne and Joyce all make appearances in Midwinter Day, where they are joined by movie stars (Ava Gardner, Gregory Peck, and Jane Fonda) as well as friends (poets Clark Coolidge, Ted Berrigan, Notley, among many others); even the Shah of Iran makes several cameos throughout the poem. People come and go in Mayer’s dreams (which open the book) as well as in her memories which wind their way throughout her narration along with observation, literary and local history, psychoanalysis and inventory.

In my memory of first reading Midwinter Day, I sit on a red leather couch bought from a Dallas coffee shop for $100. (It smelled of espresso for months.) I hold Gianna on my lap cradled in one arm, the book in the other. I look up from book or daughter across the six lanes of traffic in front of our house to a splinter of park, dead leaves and black walnut trees. I’m waiting for Farid to come home from his teaching gig at a private high school across town, so I can hand him our child and start working on writing or dinner. That first winter with my daughter, the days felt long (even though the daylight was short), and I felt isolated and overwhelmed by motherhood. But the specificity of that particular moment on the couch feels a little off. Gianna almost never took naps. If she was still, I was probably nursing her, which would have made the book hard to hold. My memory reshapes its banks like a river bound to currents and geographies I barely perceive. Mayer was fascinated with the technologies of recall. In her 1971 project/ installation Memory, she shot a roll of 35 mm film every day for a month and kept a journal. But her proposal for Midwinter Day extended beyond remembrance. She tells us “I had an idea to write a book that would translate the detail of thought from a day to language like a dream transformed to read as it does, everything, a book that would end before it started in time to prove that the day like the dream has everything in it, to do this without remembering….”

As in James Agee’s unwieldy masterpiece Let Us Now Praise Famous Men, Midwinter Day teams with unflinching descriptions: of the items crowding a table or closet or hallway, the books that line the shelves of the local bookstore, the businesses, churches and municipal buildings that make up their town. “What an associative way to live this is,” she writes. Mayer doesn’t shy away from registering the struggle of parenting and art making at the fringes of an economy (“sickening holidays, cold rooms running out of money again/ nothing to do but poetry, love letters and babies.”) But rather than register complaint or critique, Mayer seems most intent in keeping herself interested. The action of making sauce for spaghetti stretches across a page but becomes another way to think of writing as she describes “the commas” of the “cheapest small onions” and the “letters of straight pasta.” Summaries of the books she reads to her daughter (Big Dog, Little Dog; The Three Little Pigs; Popped-out-of-the-Fire) give way to ruminations on Sekhmet, the wife of Ptah, or Septimius Felton, a character of Hawthorne’s. Even when her topics remain in the mundane there’s something enlivening (if not enlightening) about witnessing her get it all down and make it worthy of a place on the page (next to Hawthorne, Milton and Melville). There’s something both familiar and refreshing about Mayer’s feat today when we filter our faces and soundtrack our moments to share in a marketplace of attention. More than posing or posting, Mayer recognizes and honors. She acknowledges that her work is a privilege as she imagines “a Latin Sabine or Etruscan mother/ Who didn’t have the time, chance, education or notion/ To write some poetry so I could know/ What she thought about things.”

I try to imagine my mother in 1978 in our split-level house in the New Jersey suburbs, where she could not walk to a store or find accessible public transportation to get anywhere. What would she have written about? A view to the cul-de-sac, the ragged oak tree, crumbling driveway, the Japanese maple, manhole cover, fire hydrant, the long-legged girl who lived in the house on the corner until her parents divorced. For years, it sounded to me like every sentence spoken by the women in my family had a baseline of complaint, a backbeat of worry. Could my mother have written herself into a legacy or history or out of isolation?

In Midwinter Day, Mayer lists all the women who penned what she calls “a secret history:”

The list continues encompassing H.D. and Nikki Giovanni, Murasaki Shikibu and Muriel Rukeyser, Gwendolyn Brooks and Marina Tsvetayeva, among others (including “the saints.”) In its compilation Mayer creates both a genealogy and a community.

On December 22, 2018, in honor of the 40th anniversary of Midwinter Day, I joined a group of 32 other poets who wrote our day into sections (Dreams, Morning, Noontime, Afternoon, Evening, and Night) on a shared Google doc. I wrote while I hosted family from France, drove 7 hours to California and mourned the first Christmas I would spend without my father. The book Midwinter Constellations collects all our entries and publishes them without individual attribution. When I read back through it, I feel the beauty of forgetting for minute which voice is mine in a chorus of the quotidian.

On November 22, the day that Bernadette Mayer died, I dreamt the moon had fallen from the sky. When I woke the moon was still there. Today, less than a month later, we sit on the dark side of the year, maybe late in the day and perhaps late in our lives. My mother has been gone since 2014.

When I wake today at 6:30 in the midwinter darkness, the Christmas lights continue their flickering, little flashing beads, a rosary for our eyes: light and dark, day and night, paper and ink. The sun’s a little mother who warms and feeds and allows us to see what is right in front of us.

In these December days we feel our scarcity. But that’s just what the myth of American individualism and the treadmill of capitalism wants us to feel. (For more on this, listen to Alexis Pauline Gumbs). It keeps us working. It keeps us scared. A poet like Mayer shows otherwise. Much remains even at the end of the season, at the end of a year, even at the end of a life. Today in places like New York and Los Angeles, online and in Amsterdam, poets will gather to read Midwinter Day in honor of Mayer. On this darkest day, we need to believe that the sun will return, that the children will eventually fall asleep, there will be another hour to write and so much more to be said, that there’s a reader who will follow us to the next page. 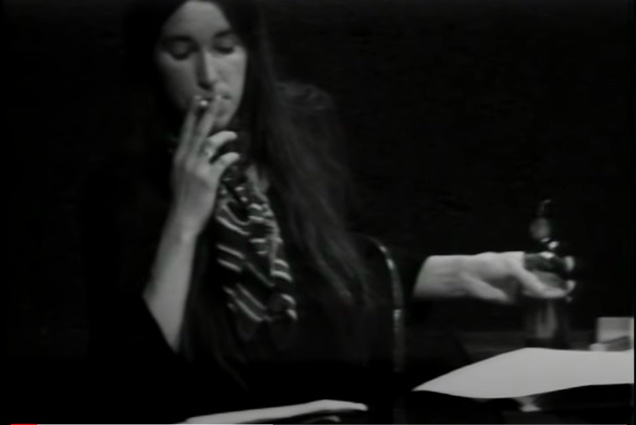 Susan Briante is the author of Defacing the Monument (Noemi Press 2020), essays on immigration, archives, aesthetics and the state, winner of the Poetry Foundation’s Pegasus Award for Poetry Criticism in 2021. She is a professor of English in the creative writing program at the University of Arizona. Briante is also the author of three books of poetry:  Pioneers in the Study of Motion, Utopia Minus, and The Market Wonders.