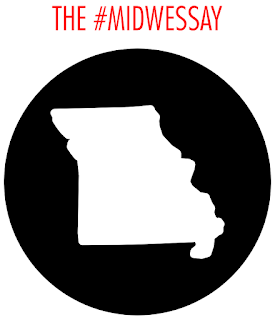 Dear students: how sure, how sure are we about the butterfly people.

Jennifer Murvin's essays, stories, and graphic narrative have appeared in The Southampton Review, DIAGRAM, The Sun, Indiana Review, The Pinch, The Florida Review, American Short Fiction (Winner of the American Short(er) Fiction Contest, judged by Stuart Dybek), Phoebe, CutBank, Mid-American Review, Cincinnati Review, and other literary journals. Jen is a faculty member at Missouri State University, where she teaches creative writing. Jen holds an MFA in Creative Writing from Pacific University and is the owner of the independent bookstore Pagination Bookshop in Springfield, MO. Find more at https://www.jennifermurvin.com/.

What is the #Midwessay? What is the Midwest? What are the characteristics, if any, of the #Midwessay (the Midwest essay)? What gathers us together? What pulls us apart?
Springing from a twitter conversation, we started asking writers and readers what they imagine (or would like to reimagine) as the Midwest and the Midwessay. The #Midwessay is a series of reports from the Midwest (whatever that is) by and/or about Midwestern essay and essayists (whatever those are). Essay Daily will be publishing these, sorted (loosely) by state, in February 2021 and beyond.  These #Midwessays will be collected here and on a separate site at a later date. If you'd like to submit a report / essay, send it our way. Details and coordinators for each state are listed here. You can also ping Ander (link at the upper right) if we don't list a coordinator yet for your state. —The Editors
Posted by Ander at 6:00 AM