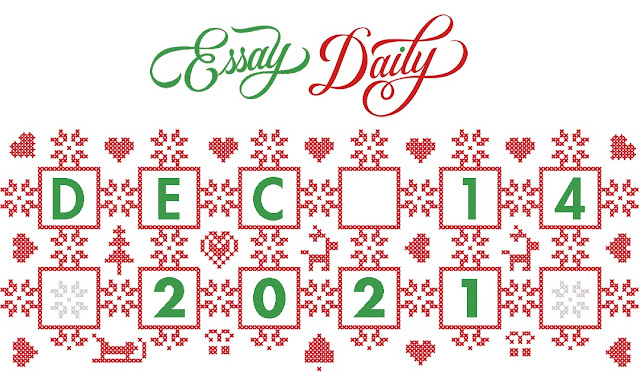 As far back as I can remember, I have been apologizing for difficulties. No matter what I was or what I felt or did, it was not the right thing, and its not being the right thing was so intensely felt that it colored me beyond my childhood, reaching so far down into the soil that I haven’t managed to root it out. I feel an element of dissent in everything I do.

My eating predilections, for example—which my parents judged an overidentification with animals—have been apologized for. Sometimes in silence. I couldn’t say what I wanted to say about what I loved or hated foodwise, or loved and hated, and what I did about my automuting is far from simple. I’m just beginning to tell the story, piece by piece. One piece is why I don’t eat meat.

2.
I’ve often been asked to give the history of my being or becoming a vegetarian (let’s reserve for the moment the difference), to provide a rationale for my stance. The question, really a demand, is never merely curious. That’s because the questioner feels that the eating of meat is itself being questioned. And perhaps it is. Perhaps there’s an apology in the air. Yet I don’t try to stir the waters of polite discourse—far from it. I don’t tar others’ way of eating, don’t demand they speak to their reasons. Meat eaters may see what they do as what has always been done, requiring no explanation, as if they were Bengal tigers.

3.
Like any good bistro philosopher, I say being vegetarian because that is a good description of my history, or where I started. Being a vegetarian was always a part of me. I visualize this predisposition, really, as a small child nestled inside me, the child within the child. I became a vegetarian as I grew and gained the freedom to decide what to eat. I didn’t have a name for what I felt or the power to say no. I had to eat what I was served, and I was served meat for dinner most nights, even for lunch, in the form of something called lunch meats. The meal grid working in my family’s home in Allentown, Pennsylvania, dictated a dinner of meat as the centerpiece, a vegetable, rice or potatoes, maybe rolls, maybe a salad, and a glass of whole milk. This meal plan was unapologetically presented as universal.

4.
I was called a “picky” eater. And it wasn’t a good thing to be. How many vegetarians-to-be were similarly labeled? My pickiness was one of my first acts of resistance, most of which, at least for women, begin in the domestic. I was instinctually charting my own relationship to food, to what I wanted to eat, and those desires were contrary to the world I found myself in. But I didn’t have the understanding or vocabulary at age six or eight to explain, even to myself.

This was before I knew meatless diets also have a history. The Greek philosopher Pythagoras gave us the term “Pythagorean diet”; the poet Shelley named it a “natural diet.” The word “vegetarian” emerged in 1877 in England when the first vegetarian society was formed. I didn’t know that prominent figures like Benjamin Franklin, Voltaire, Leonardo da Vinci, and Mr. Rogers were vegetarians!

If I had said to my mother something sophisticated, like I don’t feel an affinity for the way you eat, I would have been sent to my room. My parents would have viewed me as strange, perhaps even dangerous, a threat to their way of life. My parents slipped into defensive stances laced with hostility when they encountered such threats. No way were they going to be sorry.

5.
A few years ago my husband and I moved to Bainbridge Island, a new opportunity to negotiate with people. This change has reminded me of what a difficult person a vegetarian is. Invited for dinner, I’m asked politely about dietary restrictions. I say, and there comes the familiar pause and strained recovery. At the gathering itself I feel the questions coming from a long way off. At every dinner my husband and I are the only vegetarians. The other guests relish meat, can’t imagine giving it up. That much is usually blurted out after whatever I’ve weakly managed to utter on diets. I try to end the conversation because nothing good can come from it. I’m good at showing no expression, although lately my composure is beginning to crack.

One such taciturn meal was at a charming farmhouse that served foods grown or raised on the spot. Our two companions ordered pork chops, which I have avoided since my mother served them. Fat, bloody, they required vigorous cutting and chewing. It was an athletic event, and not a sprint. There was no place to look away. My companions were unaware of my difficulty because I’m practiced at disguise. In sum, I was sorry and they were not.

6.
When the host of a meal worries that I won’t have enough to eat, I reassure her. I won’t starve because I don’t touch the turkey. On the contrary, the side dishes make a feast! But sometimes she cannot accept that I have plenty. The abundance of food becomes a critique rather than a statement of fact. I live in a socioeconomic class that prepares more than we need, an excess, a waste.

The dinner guests and the hosts are perturbed by a plate without a slab of turkey. They carry on as best they can, but they are accommodating me. Being accommodated is one of the main ways women are difficult, and for that I must apologize.

7.
I never raise the topic of cruelty, the question of ethical treatment, the environmental havoc. I know better than to go there. Unpleasant conversation over, say, French cuisine turns the emotional temperature up too high. Friendships char. Nevertheless, a woman sometimes looks right at me—a sorry not sorry glare—and says she has seen the videos about creatures raised for slaughter. I know that she isn’t serious about quitting meat—the protein, you know. She only wants to entertain the possibility. My role to pretend she is serious, part of the social contract at dinner parties. My role is not to create a tiff. But every so often I venture a fact on sourcing. Right on cue her husband says, Just don’t watch those films and the problem is solved! Better to live with one’s eyes wide open, I say. A difficult woman.

8.
Early on in my public vegetarian stance, friends from Pomona College organized a visit to our former professor on Lopez Island, where he owned a farm. We ferried over to Lopez, where Steve graciously housed us for the night. I rode horses with his daughter down to the Sound, through fields studded with deer. But then dinner came. What was on the menu? Venison. When I announced that I was a vegetarian, Steve unleashed a professorial lecture about the deer’s natural life on its home range. He killed what he ate, with no middleman. I was his guest, and he was feeding me. Who was I to create difficulty about the deer?

Why did I feel apologetic? Why did he hold all the authority? I was his former student and a guest who was asking to be accommodated. He, on the other hand, was my professor, my host and chef. He was defending his position, rehearsing all the reasons it was superior.

He couldn’t allow me my view, shrug and let it go. He fought with all he had, and he won. I ate the venison, and thought about the tawny coats and pointy heads I had so recently seen, how my life was intertwined with theirs, and vowed never to be shamed into eating meat again.

9.
A very different response when I visited my friend in Paris two years ago. She knew I had been vegetarian since college. Her husband, Don, is in charge of the food, and he prepared meatless meals during my stay. After one wonderful meal, I thanked him for the care he had taken and apologized for the difficulty. He looked me in the eye and said, “No, we should apologize to you.” It was the first time the tables had been turned.

10.
I am writing a manifesto of sorts. About how I eat, what I eat, and why. But also about my refusal to be sorry for my choices. I’m throwing off the long-held belief that I owe everyone an apology, embracing my status as difficult. So be it. We should be encouraged to think about rather than fall into a way of living. How we eat is complicated and has consequences for others, not just ourselves. I still don’t say forthrightly to companions that I wish people would stop eating meat, that the environment and animal world would be better off. Instead I silently collude with the idea that everyone has a right to eat as they want even if it does harm. If I spoke up, I’d say, Do no harm.

11.
My daughter has become a strict vegan. This is part of the story. She thinks about creating a farm sanctuary and posts disturbing stories about animal cruelty on Instagram. She is crossing a line—she’s making people uncomfortable. Is that so bad?

Last spring she participated in a Rescue the Animals event in Seattle, showing footage of the practices of animal agriculture. Some of the passers-by were angry about the horrible footage, about the presence of children. She asked, If it’s not okay for children to see it, why is it okay to eat it? She admits that the videos are traumatizing, but adds that what we do to animals is far more traumatizing. If children were shown the truth, they would choose not to participate.

Lately I’ve been rethinking how I bury my own feelings so others don’t feel uncomfortable. Clare is losing her ability to divide the way we eat from our character and social relations. Our choices about what we eat make the core of who we are.

12.
I’m sorry, is she wrong? I don’t think so.
*
Marcia Aldrich is the author of the free memoir Girl Rearing, published by W.W. Norton, and of Companion to an Untold Story, which won the AWP Award in Creative Nonfiction. She is the editor of Waveform: Twenty-First-Century Essays by Women, published by the University of Georgia Press. Her website: marciaaldrich.com.
Posted by Will Slattery at 4:30 AM