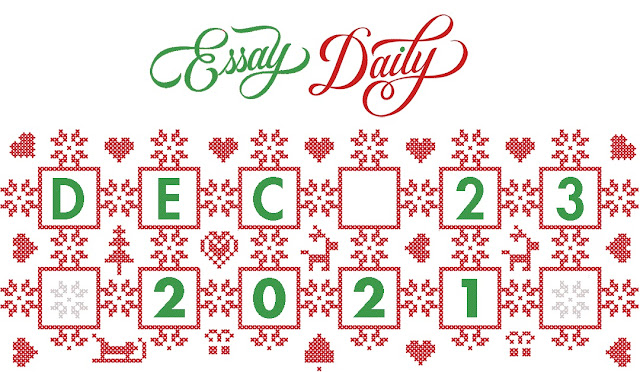 After Anne Carson's "Merry Christmas from Hegel"
It was another pandemic year when I found myself again bitter over healthcare housing climate and all manner of woes & catastrophes for which I am frankly too dour-minded and numerically illiterate to fantasize or conceive human solutions. I lived down south in the lower desert but drove alone up to Pinetop high in the White Mountains. Although alone I thought of many distant friends, all of whom I am terrible at keeping up with and all of whom insist they do not mind how terrible I am at keeping up. I hit my 30s, grew a mustache, and mostly lost my ability to maintain regular correspondence with anyone or anything. Third day of Fall Break I was sitting amid new and early snow on a cabin’s deck, reading a number of things by or about Marx. You will forgive me if you are someone who knows a lot of Marxian theory or understands it, I do not and will paraphrase badly, but I understood him to be saying that human nature and human activity, alongside all the wild customs and conventions they produce, are not pre-determined grooves we all slot into but rather very malleable things which change, mutate, evolve, diverge, converge, recombine, and tease themselves out dynamically in relation to social conditions. New social conditions produce new ways of being in the world, a thing most of the arcane, grouchy types who describe themselves as Marxian refer to as “historical materialism”. I was comforted by this notion that our human conditions are malleable in large part because I experience a great deal of regular dread about & discomfort with my own condition in the world. I put on big boots and coat and went out to try and walk through the snow. Snow walking poses  difficulty for me, a Texan-turned-Arizonan who has spent fewer than 3 total weeks of his life in or around the stuff, and I nearly fell down several times, but I soon found a rhythm and left the row of cabins behind, marching deeper into the vast swathe of Forest Service land in which I seemed to be the only one out. Gnarled gray-green poles of pine stretched up and up while distant flashes of pencil-skinny aspen blew about in the cold with such force I thought the thin white columns might snap apart and fling themselves down into the still deepening carpet of snow underfoot. I tried to think about historical materialism & my lonesome relation to it but instead all my mind gave up was a brief biographical anecdote, the jocular fact of Engels’ pet hedgehog. The hedgehog, a recurring character in Engels’ correspondence with his dear friend Marx, was referred to with loving pomp by the latter as Right Honorable Hedgehog. Engels himself took great pleasure in occasionally getting Right Honorable Hedgehog drunk on small amounts of alcohol whenever he threw a party, and while I cannot endorse this line of behavior I understand the impulse, find it amusing, and would almost certainly have attempted it were I too a 19th Century hedgehog owner. I recalled also the fact of a dear friend’s energetic but foolish cat, named Corduroy, on whom the friend and I once bestowed the title Lieutenant. After that we updated Lt. Corduroy’s rank upwards or downwards in accordance with how amusing or annoying we found him at any given time. As I walked through the snow Lt. Corduroy and Right Honorable Hedgehog jostled together in my mind, and I realized that Marx and Engels can be thought of straightforwardly, amiably, as bros, as bros with banter and shenanigans, as not that different from my friend and I, though perhaps a little better at keeping in touch, and this amusing insight changed my entire orientation towards the day spilling out around me. I no longer saw myself as a lonesome Texan trudging alone through whistle-cold pines, and I saw instead, with joy, the edge of the Colorado Plateau I traipsed along as a giant cake decked out in white icing and tall green candles. All of this has rather little to do with historical materialism, but if I had not read Marxian theory so moodily in the first place that day I might never have worked myself up into marching out into the snow. Merry Christmas from Marx, Engels, and Right Honorable Hedgehog.
*
Will Slattery helps curate things here at Essay Daily. He tweets on occasion: @wjaslattery.
Posted by Will Slattery at 4:30 AM