10 Things We Learned About Writing Nonfiction from Alissa Quart, a Journalist "Outsider"

Last year at AWP’s annual conference in Boston, Alissa Quart, Lisa Dierbeck, and Pagan Kennedy offered a panel on the art of the nonfiction idea, which included a clinic called the “Idea Hospital.” Audience members had a handful of minutes to pitch their nonfiction manuscripts to the panelists, who in turn gave them off-the-cuff advice on proceeding with their projects and finding publishers. A great idea! And damn if we at Iron Horse Literary Review didn’t miss it. Didn’t even catch our eye when we scanned the novel-length conference program.

Then, by chance, we found Alissa’s project with Maisie Crow on Atavist.com: The Last Clinic, a piece of long-form journalism about the only remaining abortion clinic in the state of Mississippi, a story that uses, in tandem, a documentary film, graphs, maps, photographs, and Alissa’s written essay (an extraction of which originally appeared in The Atlantic). We were enthralled!

So we invited Alissa to come to Texas Tech and read from her latest book, Republic of Outsiders, which introduces readers to people who think outside the box: Occupy Wall Street’s alternative bankers, members of Mad Pride, transgender activists, amateur filmmakers (like the producers of Beasts of the Southern Wild), Etsy entrepreneurs, and even Kickstarter phenom musician Amanda Palmer.

And even though West Texas harbors few such “outside” thinkers, Alissa came! All smiles and generous and energetic and feisty. She even taught a Master Class, which four of our graduate students were lucky enough to take. In it, Alissa workshopped an essay written by each of them and parceled out some amazing advice. In particular, we loved the way her “journalist’s” mind—what some in creative writing programs might call the “outsider” mind—refreshed our understanding of writing literary nonfiction. She gifted us with new ways of thinking about our usual problems when writing: 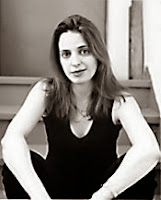 Alissa Quart is the author of Republic of Outsiders: The Power of Amateurs, Dreams and Rebels; Branded: The Buying and Selling of Teenagers; and Hothouse Kids. A former Nieman Fellow at Harvard University, Quart has written for The New York Times Magazine, O Magazine, The Nation, Marie Claire, The Atlantic, and The Columbia Journalism Review. Her poetry has appeared in The London Review of Books and in many other publications. With filmmaker and photographer Maisie Crow, Quart has also completed a short documentary based on her long-form journalism. She has also served as editor for Atavist.com and has taught at Columbia University’s Journalism School.

Leslie Jill Patterson has recently published nonfiction in Texas Monthly, Grist, Baltimore Review, meatpaper​, Earth’s Daughters, and Bring the Noise: the best pop culture essays from Barrelhouse. Her recent awards include a 2012 Embrey Human Rights Fellowship and the 2013 Everett Southwest Literary Award, judged by Lee K. Abbott. In 1999, she founded Iron Horse Literary Review, and she serves as copy editor for the journal Creative Nonfiction. Today, she has a growing interest in social justice literature and serves as the case storyteller for the Texas Regional Public Defenders Office for Capital Cases, where she assists a terrific team of attorneys who fight the death penalty at both the state and federal levels.