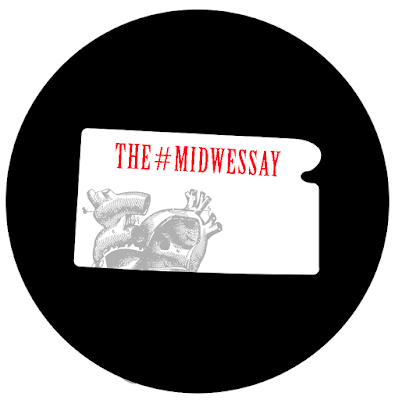 Not Missing Kansas
Denise Low
*
After decades in Kansas I moved away, but it was too late. My bone and teeth structures are made of Kansas plants and animals, leeched from my digestive system. Folk wisdom says it takes seven years to replace all the elements in the body, but I know from constant repairs that my teeth have not been replaced since they appeared at age ten. Each one is a Kansan. I chew with grinders formed, indirectly, from Flint Hills limestone.
My memories spiral constantly, filled with people and sunsets, streets, and thunderstorms—set in Kansas. Yes, I miss friends and relatives, but they were with me so often, they still seem close at hand.
Body and soul, I am made from the central geography of Kansas. Inside my brain, some magnetic orientation aligns me with a different homing beam, like a migrating bird. I look for the rising sun on a broad horizon.
So away from the region this second year, in California, there is little I miss. I carry Kansas within me. I am a solid hologram composed of many forgotten meals and filled with images of the past. My corporality and memories are portable—an asset of our roving species heritage.
Odd things, though, arise. I miss lilacs. I miss rows of lilac bushes in the country that delineate old farm households. I miss spring’s profligate eruptions of French lilacs, white lilacs, and the standard purple-laden bushes with their heart-shaped leaves. In my new town, few people grow lilac bushes, and those that do complain that they only bloom once in the year, not continuously like crepe myrtle and oleander.
I miss the spring cacophony of birdsong. In northern California, a few quail call plaintively in the early morning as males entice mates. A kettle of buzzards circles our house silently every afternoon about four o’clock. A small clique of golden crested sparrows pecks nervously in the garden at twilight. The crows—well, the crows are always crows. No one ever misses them because they never depart.
Lance Henson, a Southern Cheyenne poet, once told Joseph Bruchac how the intangible energy of a place interacts with a person, intermingles. Here I experience how skin is indeed a permeable boundary. Fog rising off the river today leaves a film of water everywhere, until the sun burns it away. I inhale the atomized blend of river and air, like in Kansas I inhaled the aroma of sweetgrass carried on the same circling winds. Not much is left behind.
Denise Low, Kansas Poet Laureate 2007-09, is winner of a Red Mountain Press Award for Shadow Light, poems. Other recent publications are Jackalope (fiction, Red Mountain, available through the author) and a memoir, The Turtle’s Beating Heart: One Family’s Story of Lenape Survival (U. of Nebraska Press), a finalist for the Hefner Heitz Award. At Haskell Indian Nations University she founded the creative writing program. Currently she teaches for Baker University’s School of Professional and Graduate Studies. www.deniselow.net